Statistics Canada reported that the nation’s unemployment fell to 5.6%. In December, the economy added 35,000 jobs, beating analyst expectations. The total number of jobs added in Canada in 2019 was 320,000. Average weekly wages increased 3.7% on an annual basis. Ontario, Quebec, Manitoba and Prince Edward Island all posted job gains, while declines were recorded in Newfoundland and Labrador.

From an annual perspective, Ontario, Canada’s most populous province was a clear winner in job growth. Employment in Ontario increased 243,000, an impressive 3.3%. This was the largest year-over-year increase measured in December since 1987, and the growth was driven by full-time jobs in a range of industries. Quebec also posted healthy gains in 2019 adding 63,000 positions growing 1.5% over the year and was driven by full-time work. The strongest gains were from the two groups at opposite ends of the age spectrum, youth aged 15 and 24 and people aged 55 and over.

While the job gains in December were generally considered strong, they did not completely make up for the November losses. In addition, the strongest sectors for job gains was in accommodations and food service and in construction. While an increase in construction jobs in the midst of winter is considered to be a positive indicator, growth in foodservice and the hotel sector may be short-term since they are closely tied to the holiday season. Even the robust growth in Ontario posted losses in one troubled sector, posting losses for jobs in manufacturing. Most other large provinces had little significant change in their job levels in 2019.

Wage growth, while still strong, has been fluctuating throughout the year so there is no clear trend that has been established. Annual pay increases at the hourly level in some key sectors of the Canadian economy were well below that national rate of 3.6%. For example, the increase in the sales and services sector, stood at 2.6% in December, a full percentage point below the national figure.

Over the past year, Ontario accounted for 76% of Canada’s job growth.  Based on last year’s numbers, almost all job increases are taking place east of Manitoba. However, when viewed on a provincial basis, these numbers can be misleading. It is instructive to look at some local growth rates to get a more accurate picture.  While British Columbia’s job market may be stagnant, Abbotsford and Victoria were ranked third and fourth, on BMO’s ranking of cities with the strongest job markets. Alberta’s relatively sluggish job market is contrasted with Calgary which added 3.3% new jobs last year, vastly outpacing the national rate.

And despite the surface geographical contrasts, the variance between the best-performing and worst-performing parts of the country is narrowing. As BMO’s senior economist Robert Kavcic notes, “job convergence is taking place all over Canada.” Canadian employers should look beyond the headlines to assess the accurate jobs situation in their markets and sectors as they plan their strategies for recruitment and retention in the rapidly evolving labour environment. 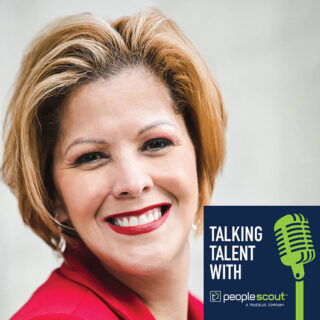