The Labor Department released its September Jobs report which shows 134,000 jobs added to the U.S. economy. U.S. employers have added to payrolls for 96 straight months, extending the longest continuous jobs expansion on record. The unemployment rate remained steady at 3.7 percent, the lowest rate recorded since 1969.

The unemployment rate in September was the lowest in nearly half a century. Notable job increases were posted in transportation and warehousing, construction, manufacturing and healthcare. These sectors have shown significant growth over the last year: transportation and warehousing has added 174,000 jobs; construction has increased by 315,000 jobs; manufacturing has gained 278,000 jobs; and health care jobs have increased by 302,000.

The 134,000 jobs added fell short of Wall Street analysts’ expectations. These job gains are less than half of the 270,000 jobs which were added in August based on revised figures. The comparatively modest job increases may mark the start of a slowdown of job increases.
The year-over-year wage gains fell 0.1 percentage points to 2.8 percent. This slight decrease has temporarily put on hold the start of a continuing trend of increased wages brought about by the tight job market. Slow wage growth is perceived to be the source of the current high rate of voluntary turnover. CNBC reports that compensation appears to be a major reason why workers are quitting their jobs at the highest rate since 2001 and notes that workers voluntarily leaving their jobs are making a smart move when it comes to increasing their income:
Andrew Chamberlain, chief economist at job site Glassdoor [stated] “We’re seeing high worker confidence in their ability to strike out and find a better job opportunity elsewhere,” says Chamberlain. “For many, it’s a smart move, as there’s a clear advantage to increasing your earning potential by switching jobs.”
According to Brian Kropp, vice president at research firm Gartner, the average increase in compensation for a worker who quits their old job for a new one is about 15 percent. “You’re never going to get that 15 percent [increase] by staying at your current job,” he tells CNBC Make It. “That’s just not going to happen.”

Hurricane Florence may have been a factor in the less than stellar job numbers in September as Bloomberg reported:
“The reason for the fuzzy September numbers? Big storms wreak havoc on a region’s workforce. Some people flee the area and businesses close down days before the wind starts to howl. Others, like utility and construction companies and their employees, work overtime preparing for damage, cleaning up and rebuilding. So the latest wages and hours-worked figures were probably skewed by the weather.”
The median forecast in a Bloomberg survey of economist calls for a 2.8 percent gain in average hourly earnings from a year earlier, slightly weaker than the August advance of 2.9 percent – which was the biggest jump since mid-2009. The hurricane effect, however, may render any actual number on worker pay a short-term blip.
“Hurricane Florence is poised to impact not only the pace of job creation in September” but also to “temporarily distort average hourly earnings and the average length of the workweek, as well,” according to Bloomberg economists Carl Riccadonna, Yelena Shulyatyeva and Tim Mahedy.” 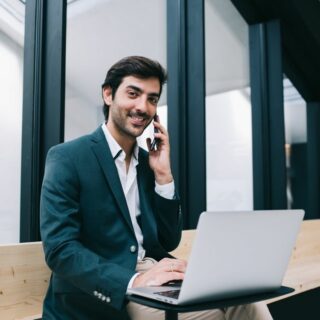 Bring in Better Talent by Assessing for Passion, Purpose & Mindset